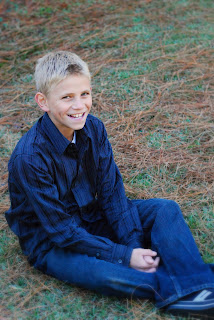 God’s grace is sufficient! These past 7 days have been some of the most difficult days of my life. In fact I think the only week up to this point that has been comparable was the week my mother passed away. The sudden home going of Brandon Kerr was so completely unexpected that it threw me into a personal tailspin. I had known my mom was going to die prematurely—her life of alcohol and pain killers was going to eventually catch up to her. But Brandon was different—Brandon was a perfectly healthy handsome active young man. No one knew he was dying inside. Yet the truth is we are all dying. No one will escape death.

God had knit my heart to Brandon like He has done with many of the children in the church. I love them beyond what they or their parents know. I don’t guard myself and keep a distance; although, it would have been an easier week had I done so. Instead, I spent my week in shock, completely exasperated that God had not preserved Brandon’s life. I wanted that boy back, but that was not to be. Now was not the time to go into depression—there were too many things that needed to be done. A pastor in depression is, quite frankly, useless. There was a funeral to prepare for—this young man had been a gift from God, and we needed to glorify God even in Brandon’s death.

There were souls that needed to hear the gospel and be converted.

There were other families with needs that needed to be addressed; there were others that were rescheduled into the coming week. There was a Sunday morning sermon to still prepare.

There was a conference at Southeastern Seminary that I had planned to attend on Friday and Saturday. DA Carson was speaking, and I so wanted to hear him preach—but that was NOT the will of God for this Saturday. Reservations had to be canceled.
The will of the Lord was to go to a house of mourning. It is better to go to the house of mourning, than to go to the house of feasting: for that is the end of all men; and the living will lay it to his heart (Eccl 7.2).

To be honest, I did not want to go to a house of mourning. I wanted to go to Southeastern Seminary for the 20/20 Collegiate Conference and feast on the Word of God for two days. But that was not the will of God for these days. Instead, the will of God was to be consumed with the sudden, premature death of a precious boy.

How could this be the will of God? Perhaps the answer is found in asking: How could it be the will of God to crush his only begotten Son for selfish, arrogant, rebels and idolaters, most of whom would go to their grave rejecting God’s love?

You see, I don’t believe in the doctrine of Limited Atonement. This is why I am not a 5 point Calvinist. I don’t believe that Christ died ONLY for the elect. I believe His love is magnified beyond my wildest imagination when I understand that He also died for those who would never come to Christ through repentance and faith.

Christ is the propitiation for our [the elect’s] sins: and not for ours only, but also for the sins of the whole world [even those who spend their entire life serving themselves] (1 John 2:2).

To the disciples, the death of Jesus must have felt in many ways just as sudden, premature, and unexpected as Brandon’s death seems to us. On Sunday Christ was healthy and leading a procession through the streets of Jerusalem, and by Thursday he was dead. I wonder what plans were put on hold or cancelled by the death of Christ.

But our mourning is different than the mourning of those who reject the gospel. Our mourning is filled with joy. Paul said, “We mourn or sorrow not as others who have no hope!” Instead, we look to a glorious day when Brandon’s body will be reunited with his soul for all eternity. When the dead in Christ hear the voice of God calling them to the resurrection of the just, they will be glorified—the final step in God’s plan of salvation; and we will forever be with the Lord. Glory hallelujah!

The following song has been comfort to me many, many times when a saint has died:

Chorus O Jesus, conquering the grave
Your precious blood has power to save
Those who trust in You
Will in Your mercy find
That it is not death to die